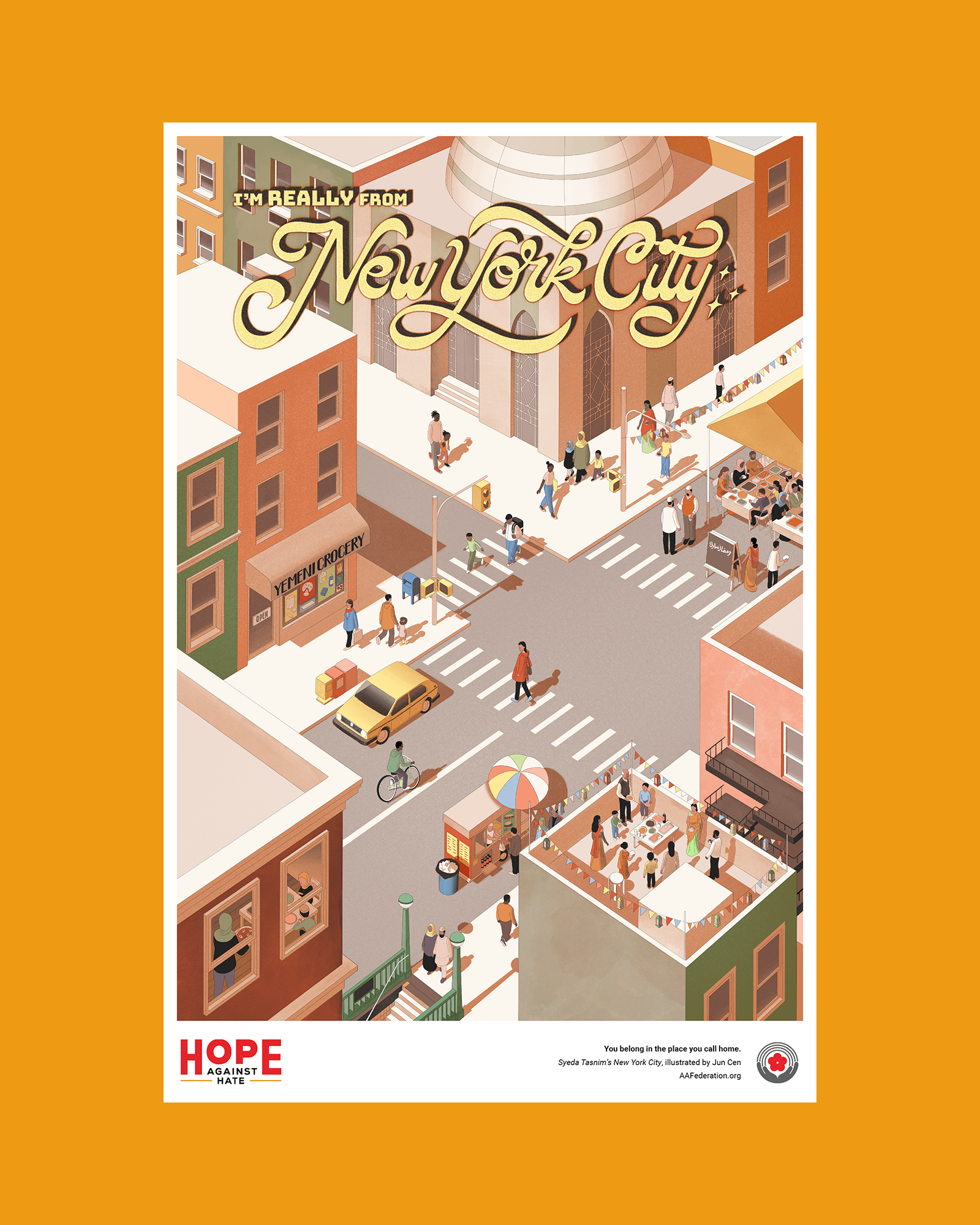 “Syeda’s story is rich in sounds, smells and flavors. All of those elements inspire me. I could not find a better angle than the bird’s-eye view to depict such richness.”

Get Syeda's poster as a gift with a donation to Hope Against Hate. Digital downloads start at $25 and printed posters start at $150. All contributions, regardless of amount, fund critical programs that keep Asian Americans safe in New York City and beyond. 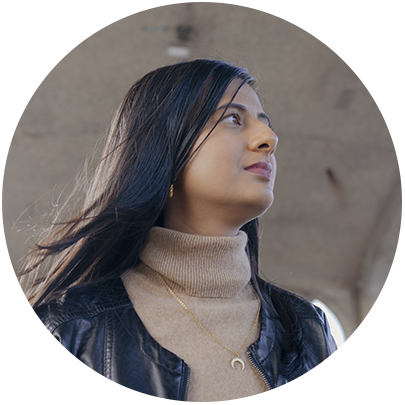 Syeda Tasnim is a Bangladeshi American attorney who will always call New York City home. She grew up in Bedford Park, Bronx, after immigrating there with her family in kindergarten and now lives in Sunnyside, Queens. She takes pride in both boroughs, from the toughness of the Bronx to the diversity of Queens' food. She loves Bangladeshi culture for its food, dress and emphasis on hospitality across socioeconomic status—as well as Bengali arts and language.

“If the person asking is South Asian, it generally feels safe. They're genuinely interested in who you are or trying to find community. Other people already ‘see me’ before my answer, and I have to tell them I’m as much a New Yorker as anyone else.”

“I remember in the Bronx there was this East Asian street vendor singing some Hindi song that was really popular at the time. It was one of those moments where people really see you. Those moments made the Bronx feel like home for so many of us. People have stereotypes about the Bronx, but that’s my home. That’s where I grew up.” 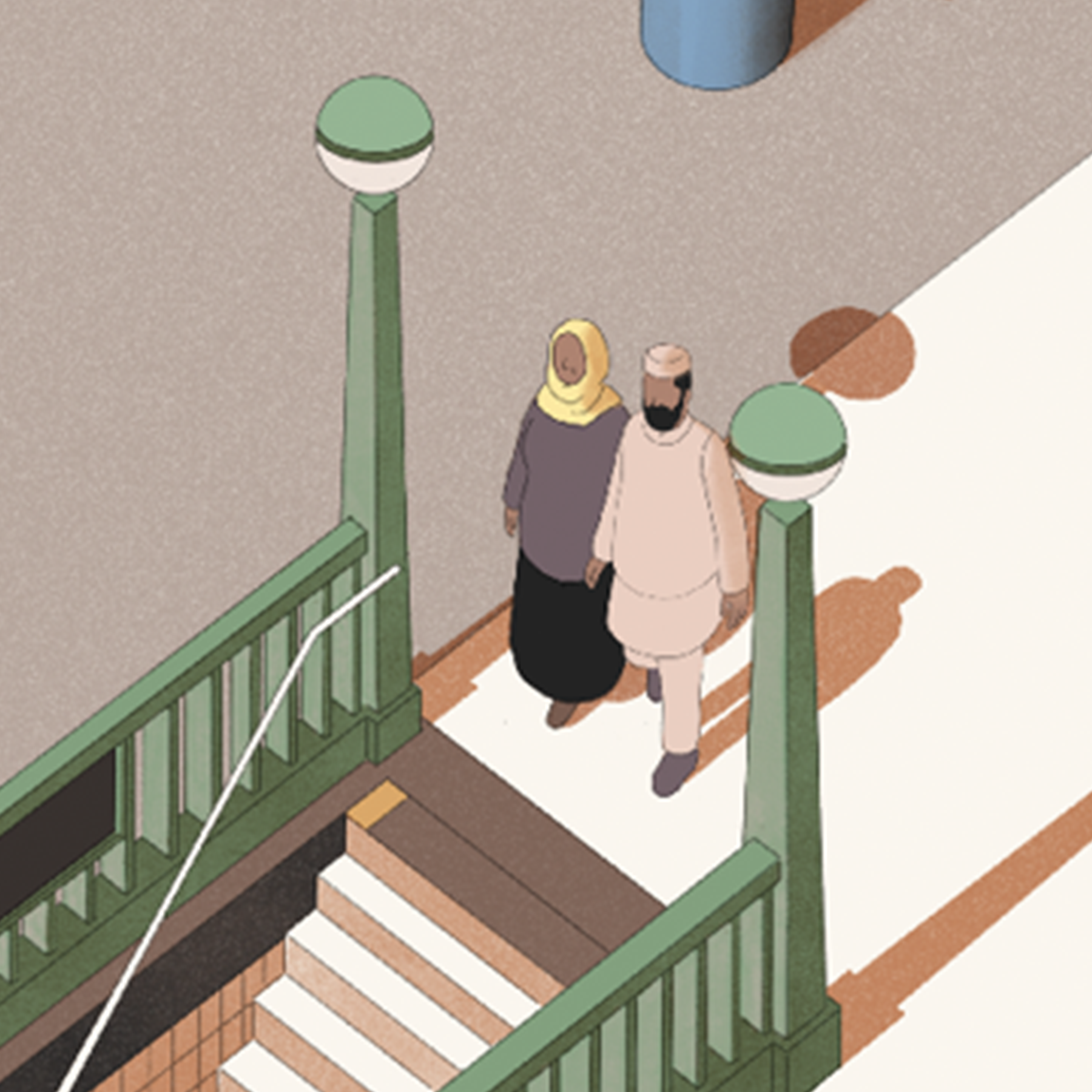 “Theater in New York is very expensive and not accessible to inner-city schools, but our school was a pilot program for a theater development fund where we’d have access to the theater and get to watch shows. I rarely went into Manhattan, so that was the one time I would take the train with my classmates and teachers and go to a theater. And then we’d have pizza and talk about the show. That was access to a world I hadn’t known."

“Ramadan celebrations were very food based. Each year, it seemed there wasn’t enough space on the table for food. But going to school, nobody else was celebrating these same holidays. That’s when I started recognizing I had my own unique heritage. In elementary school, I remember eventually hearing, ‘Some students might be celebrating Ramadan.’ That was really exciting. It was like: ‘They see us.’” 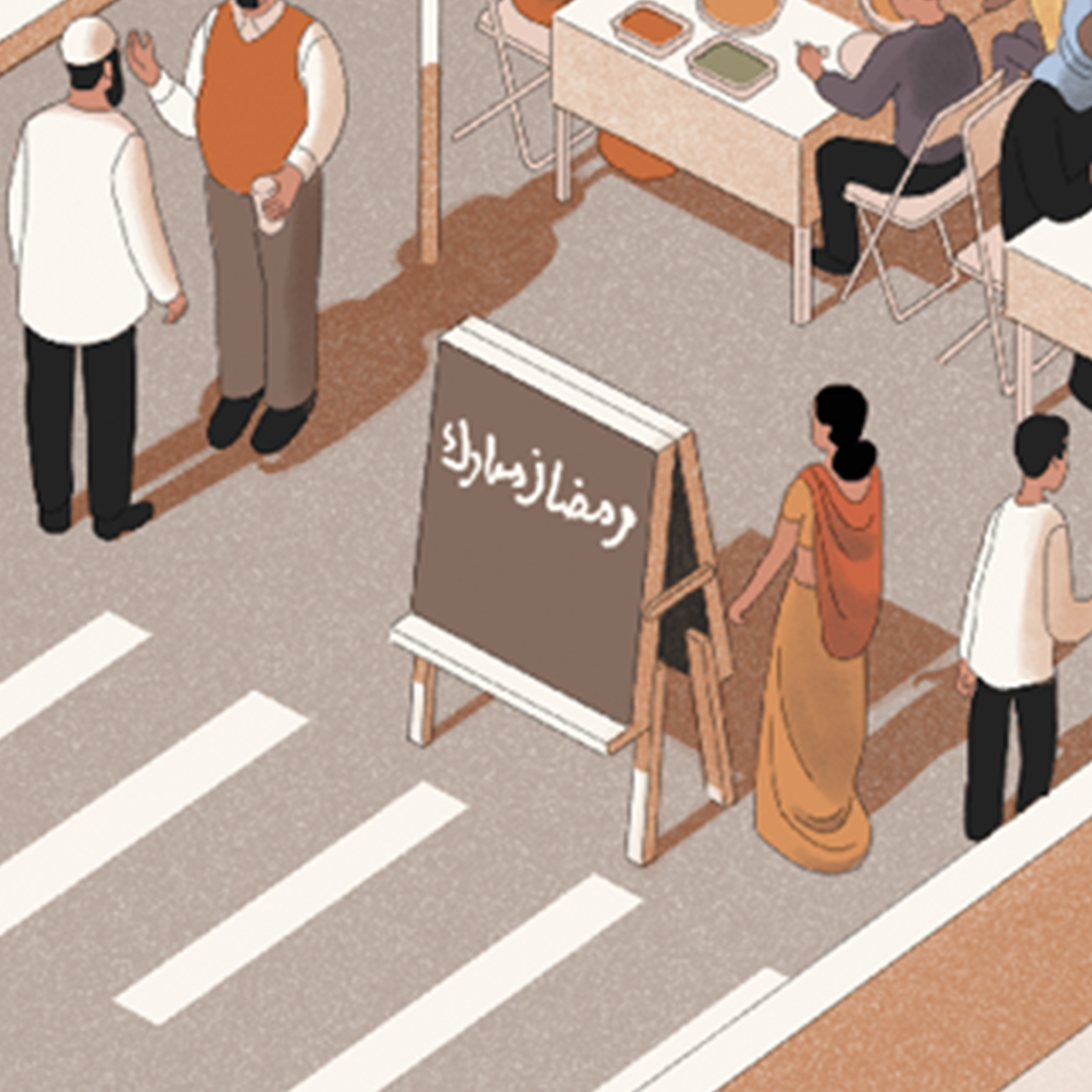 “The decor also included signs or chalkboards saying ‘Ramadan Mubarak’ or ‘Eid Mubarak,’ and for Ramadan, the signs will mark the time to stop eating and to break fast. Because Ramadan follows the lunar calendar, the time for breaking fast differs slightly each year. So growing up, we'd break fast when we got home after school in the winter because the days were shorter and sunset was earlier. We'd update that sign every day—or try to. Sometimes we'd write the sign in Arabic, otherwise in English.”

“Iftar is the name of the meal for breaking fast. The mayor’s office hosts a Ramadan Iftar dinner somewhere in the city each year—the past few were in Jackson Heights and Parkchester. There are long tables set up with plates, and community members in the city would be invited. Less formally, friends and social groups would sometimes organize Iftars at parks.”

“In high school, we were the last class that was able to enjoy lunch outside of the school building. So we would hang out by Jerome Avenue, go to the bodega and pick up an egg and cheese sandwich.”

Jun Cen is a New York–based Chinese illustrator whose work creates a sense of nostalgia and comfort. His artistic approach is centered around visual storytelling, and he particularly loves illustrating impactful personal stories told by real people like Syeda. 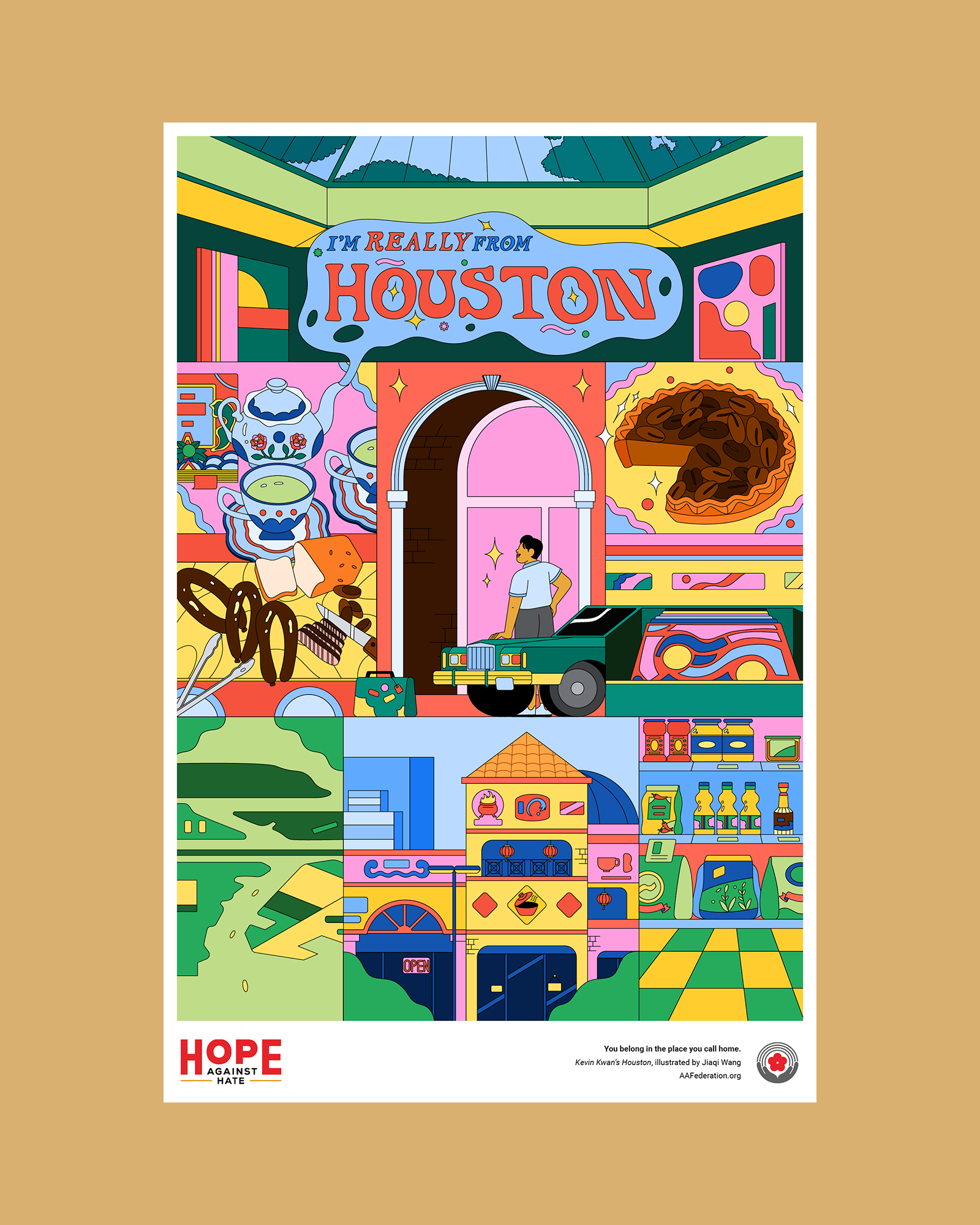 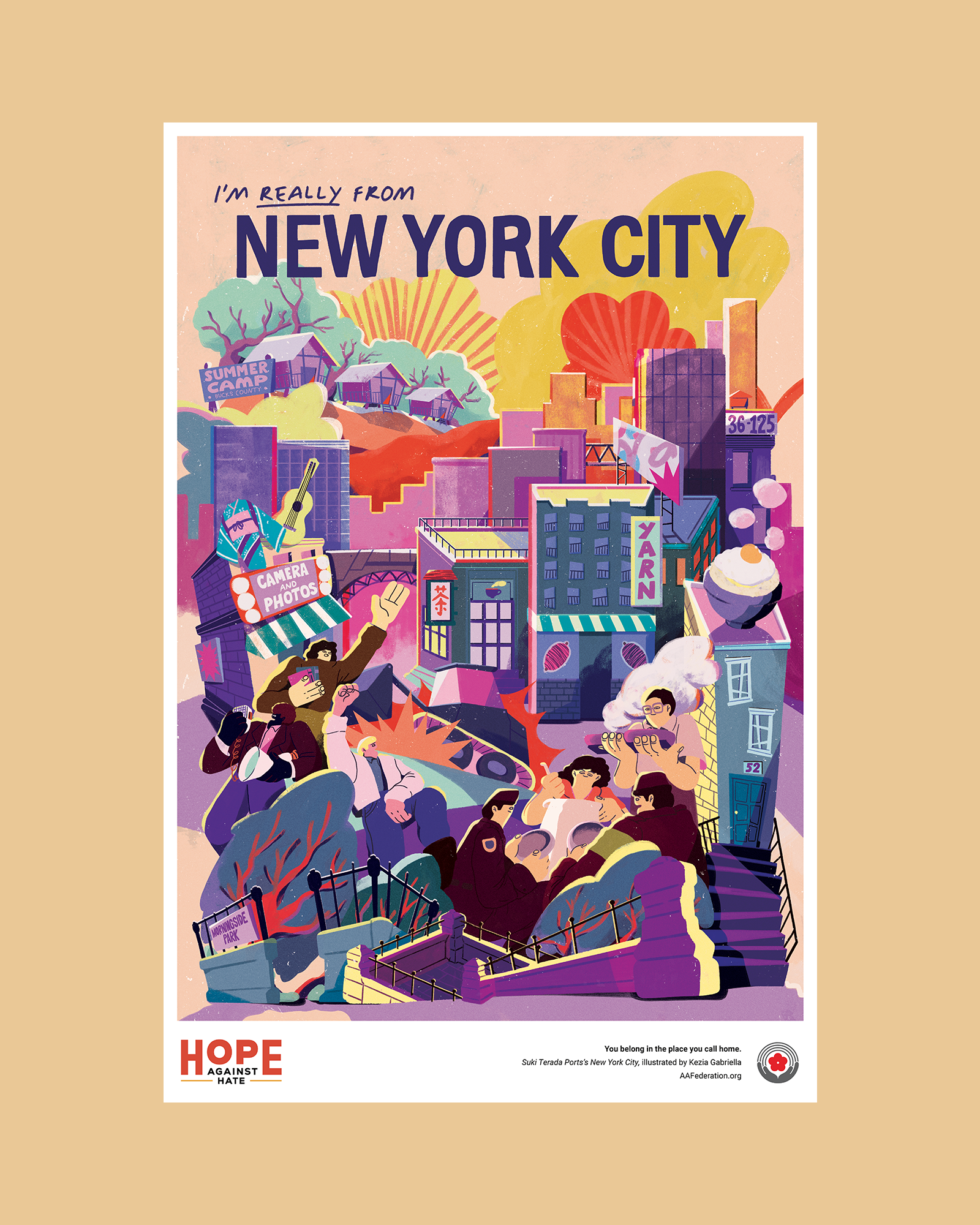 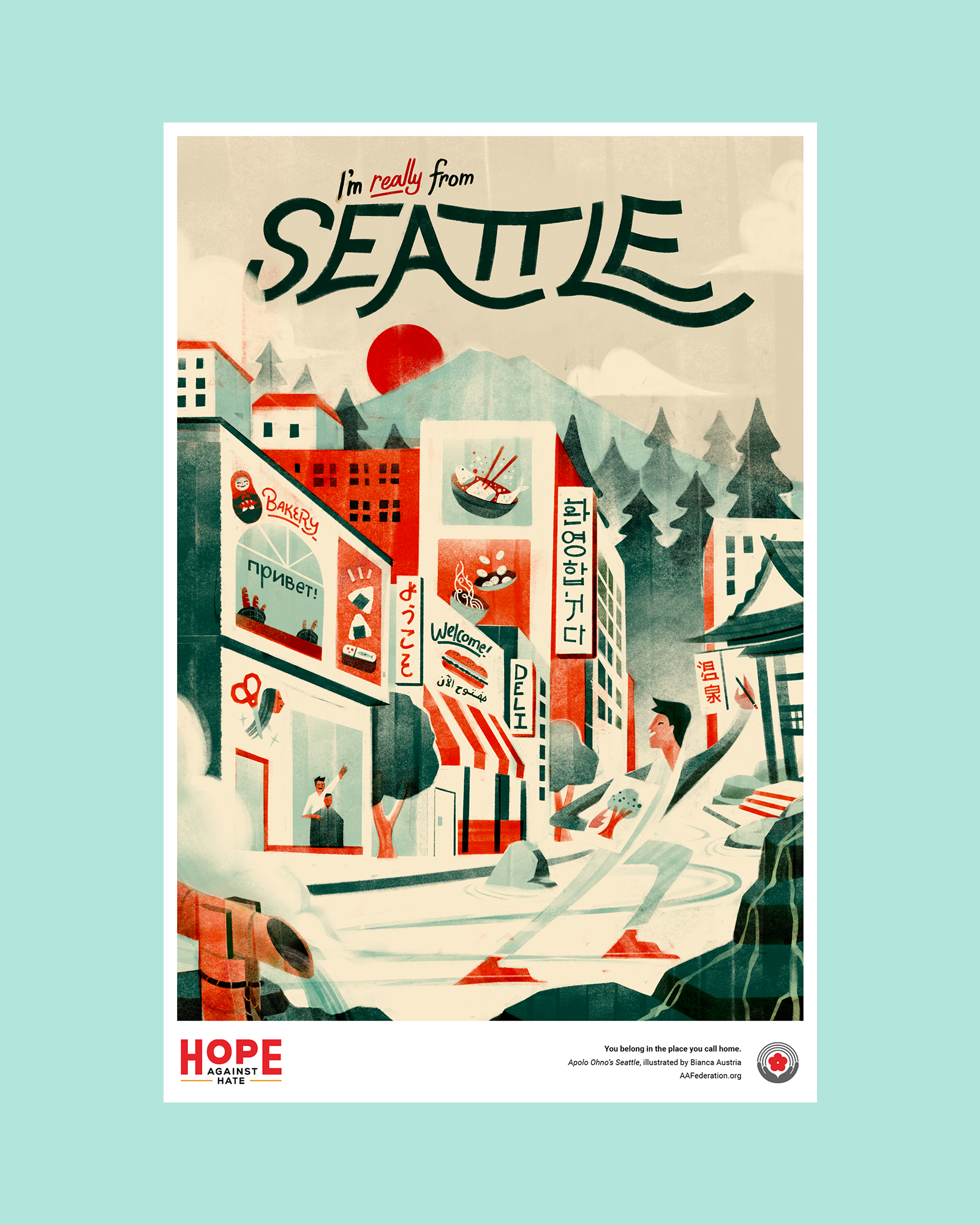 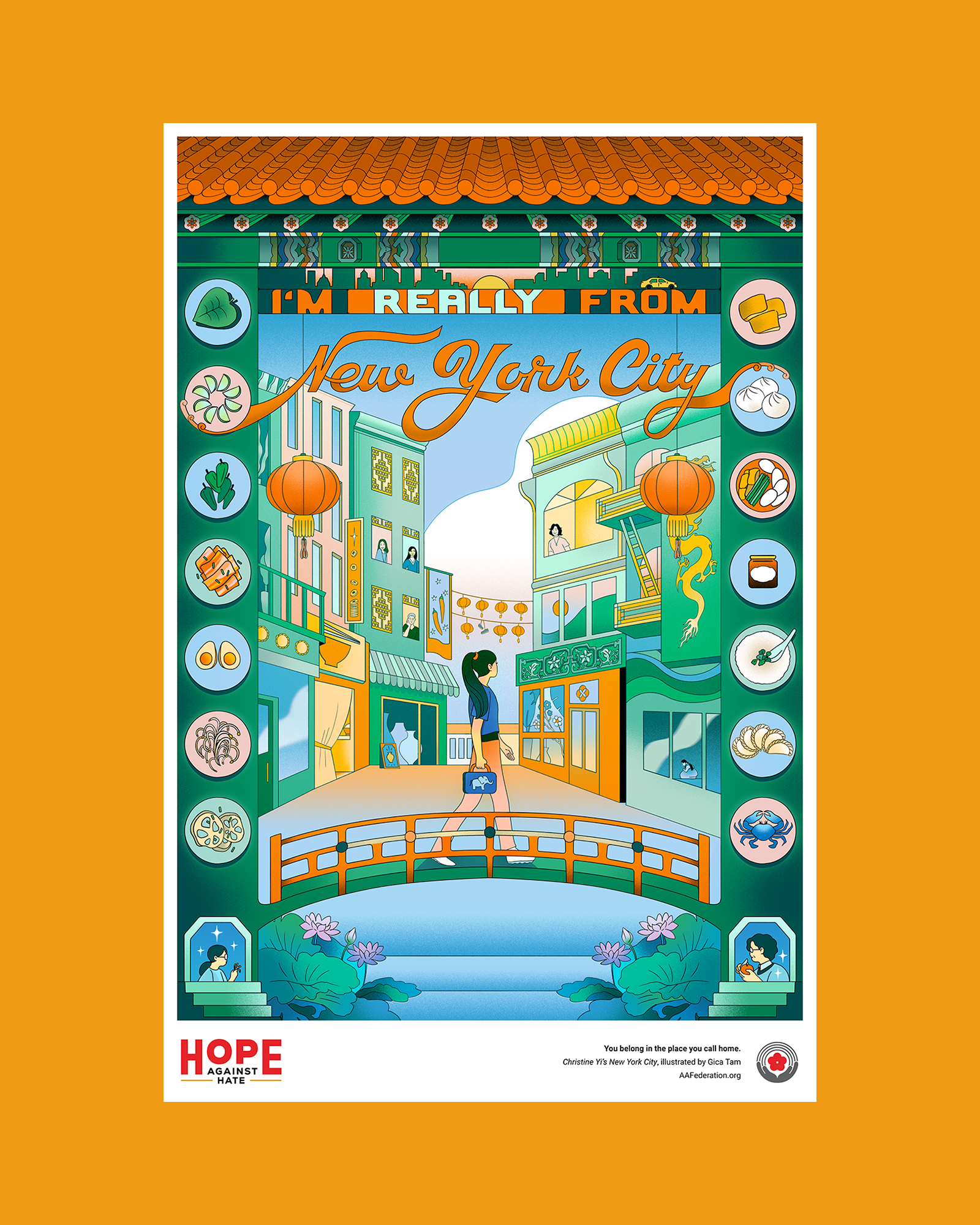 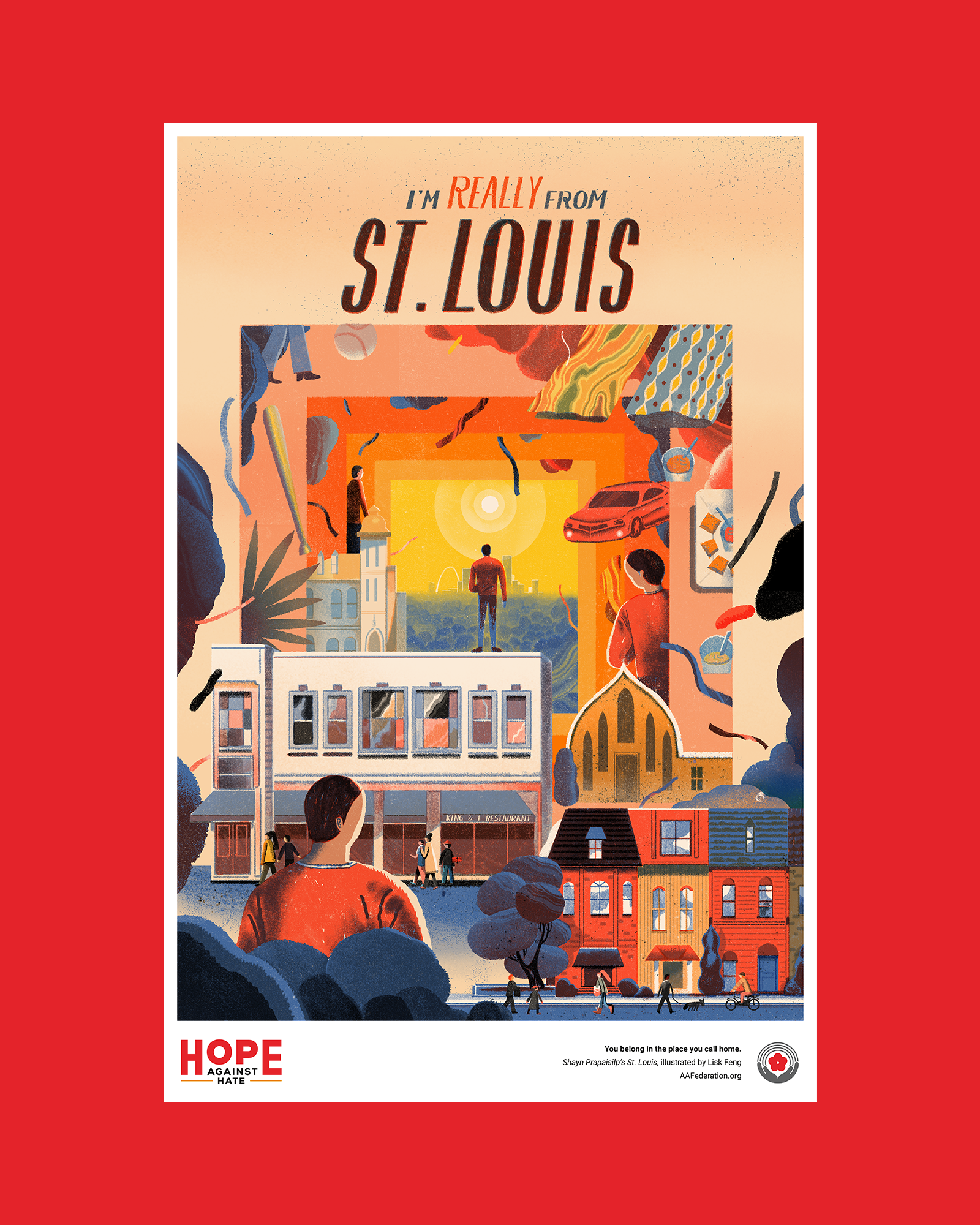 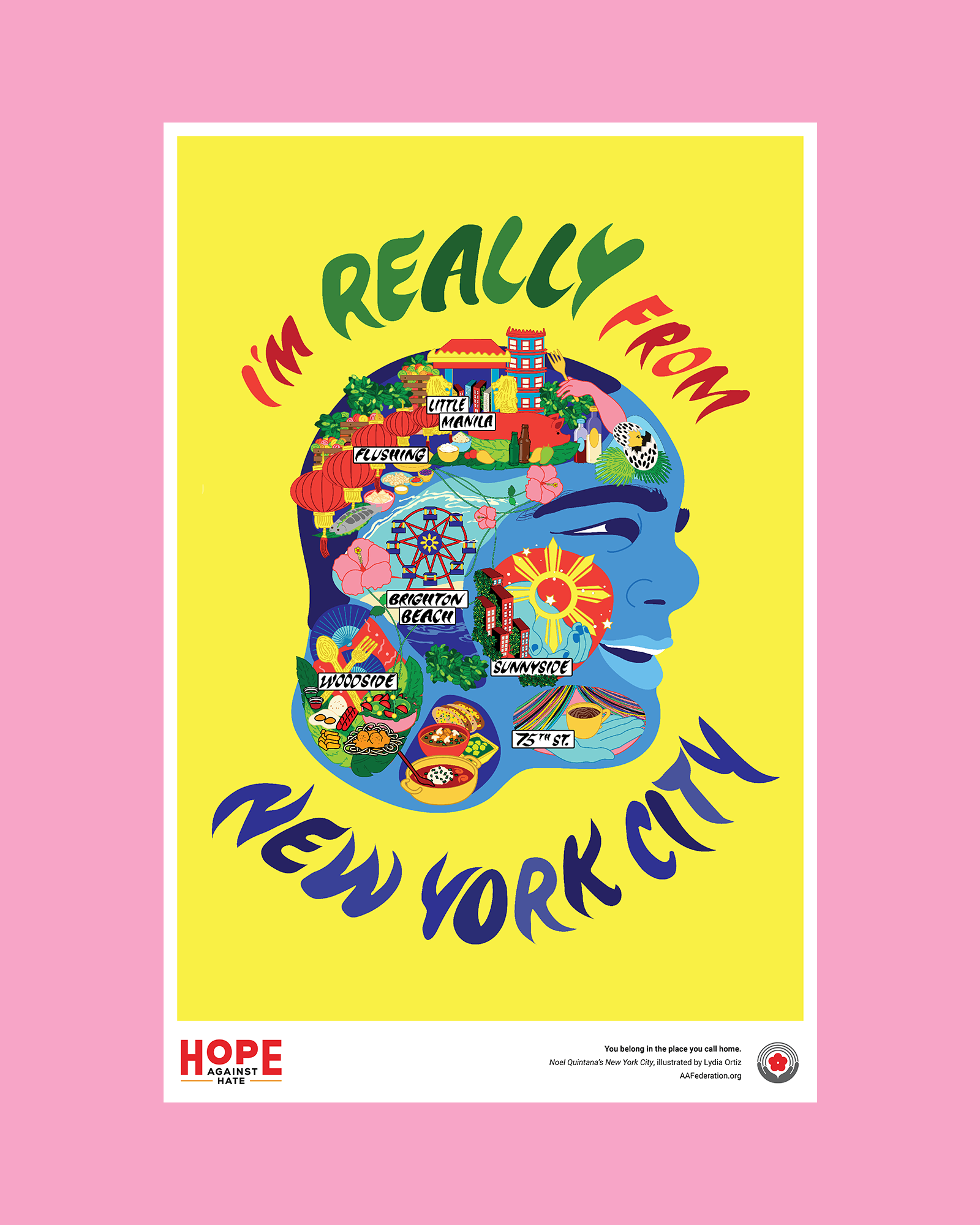 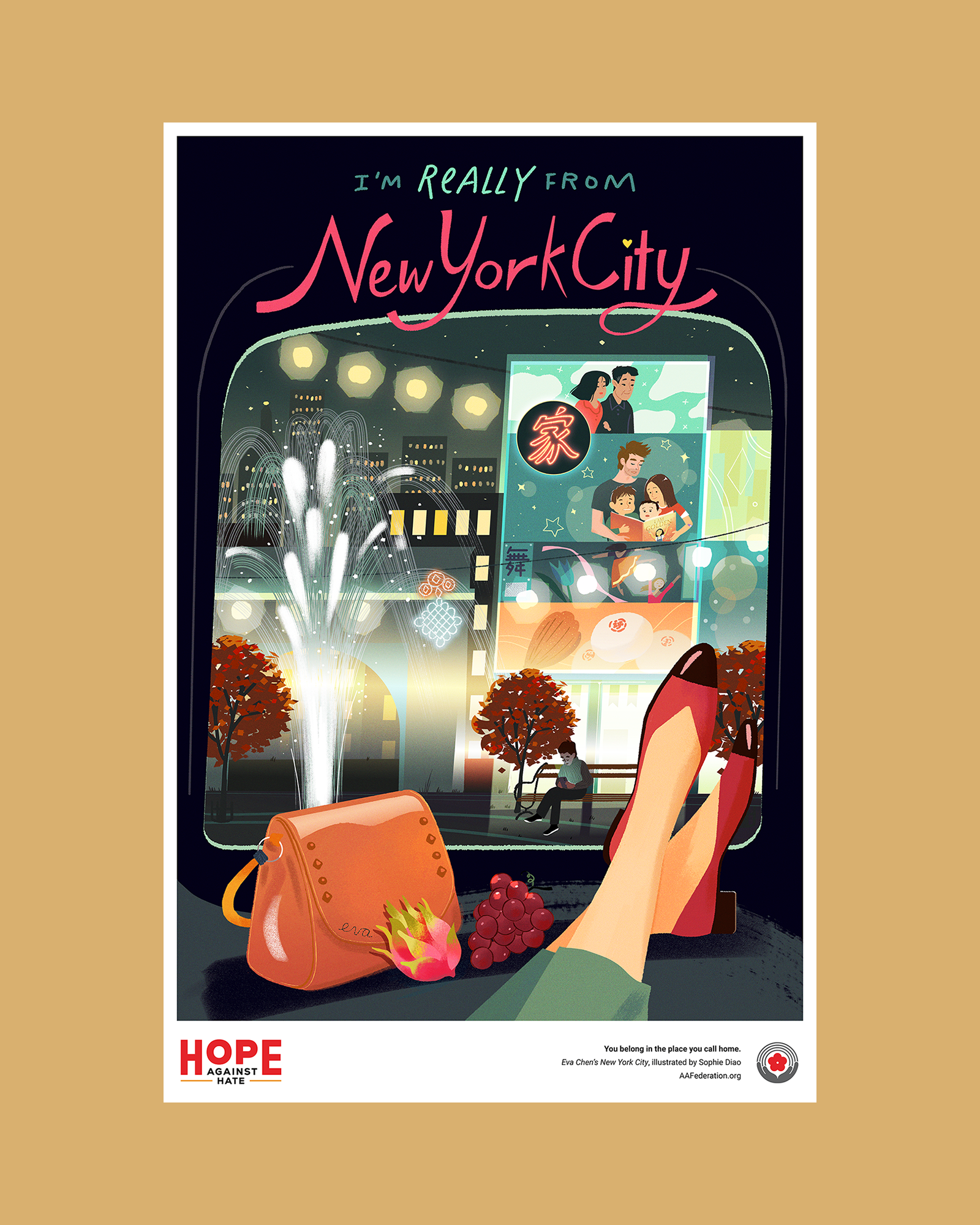